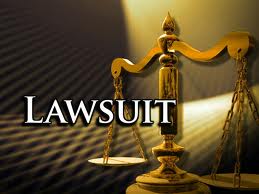 Could this finally put an end to the dead zones which still plague our cell mobile phone reception?
In a tremendous moral victory for the consumer late last week Orange UK subscriber Tom Prescott successfully sued his network over a lack of signal. Prescott had asked Orange to cancel his 18 month contract after discovering he had no reception at either his Richmond home or place of work. He has received £500 and had the contract annulled.

"As soon as I realized I could not get a signal, I tried to cancel my contract," he explained. "However, it has taken me three months in court to get it canceled. I felt bullied by the company, and dealing with Orange was awful. I hope people who have the same problem now realize they can do something about it."

Prescott had sensibly argued he should have a reasonable expectation of service both at home and in the office upon signing the contract. Orange countered it wasn't its responsibility, but the courts thought differently. In fact Orange even maintained after the ruling that "Continuous network coverage cannot be guaranteed and network coverage can be affected by factors outside of our control." Legally however this no longer stands up.

The knock on effect could be hugely beneficial too as networks need to find ways of boosting their signal and 3G in particularly is notoriously bad at passing through wood, bricks, trees and mortar. The answer could be femtocells - tiny mobile phone cells which can be fitted into a base station (such as a DSL/cable router) and connect to a service provider's network via broadband.

The problem here is rarely do owners have the same carrier and broadband providers, let alone all members of the household using the same service so an open approach would need to be used which could lead to horribly convoluted negotiations. On top of this femtocells are still too expensive to be incorporated into everyday routers.

Whatever the answer however one thing is now delightfully clear: with the law now on the side of the consumer regarding cell phone reception, the carriers need to clean up their act... and fast.
By Syndicated Maps at 2/24/2009