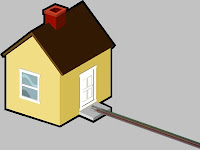 Who Wins The Femtocell Race? Cable, Wireless or Google
Arguably the most important aspect of deploying femtocells or enhanced mobile services into homes is who owns the fiber or cable line in the home.  Why is this important?  Two-thirds of mobile phone subscribers in the US do not have seamless wireless coverage in home and all could benefit from the use of a femtocell. Femtocells are small cellular base stations, typically designed for use in a home or small business. It connects to the service provider’s network via broadband (such as DSL or cable); current designs typically support 2 to 4 active mobile phones in a residential setting  We think each company below will not be consumer-friendly about putting a competitors voice traffic over their lines into a home and will eventually force you to buy the TV, Internet, Mobile, (Home phone optional) all from the same company. Here is a ranked order of cable and wireless carriers by subscribers who are all fighting for wireless lines into the home to compete for femtocell deployments in the US:

Cable Subscribers and (Femtocell Option)
Wireless Carrier Subscribers and (Femtocell Option)
Over the last few years, carriers have focused on the technical challenges of integrating femtocells into their mobile networks, but they must not overlook the importance of successfully marketing femtocells within the industry and amongst their consumer base.  They have somewhat developed a common terminology but they need to have a coordinated branding / marketing strategy to justify usage cases in order to drive femtocell adoption. To be successful, operators will need to develop compelling value propositions aimed at the most appropriate regions that have poor in-building coverage (see our maps). Enhanced indoor cell phone signals and reduced call charges for voice calls made in the home may not be enough to persuade mobile users to adopt femtocell technology, especially in light of alternatives based on UMA / WiFi.  For femtocells to be successful, the industry will need to have a smart, targeted, and find a differentiated way to market the technology.  If they don't do it soon Google will soon take leadership and educate their rapidly growing customer base how to make VoIP calls on their ad-supported Android phones.

We Deadcellzones.com would like to play a an industry role educating and marketing directly to consumers on how to fix coverage problems in the home.  Please contact us with questions and feel free to leave your comments and feedback below.
By Syndicated Maps at 12/10/2009