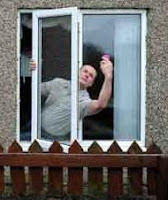 Who really has 3G, 4G & 5G Cell Phone Coverage at home?
3G coverage at home could be a huge opportunity for high-speed internet providers who already have connectivity into the home.  The chart below depicts an uncharted opportunity for these high speed internet access providers to participate in the wireless revolution and compete against AT&T and Verizon.  Of the 7,000 different high speed internet access providers who visited Deadcellzones.com in 2009 (according to Google Analytics),  there seems to be a high concentration of 10 broadband and cable / DSL providers who frequently contribute dead zone data to our user-generated coverage maps.  This has given us data to estimate that roughly 70%+ of US homes do not have seamless 3G coverage and 50% do not have any home coverage.  Our list below represents the IP addresses of the ISP networks when someone visits our web site https://deadcellzones.com 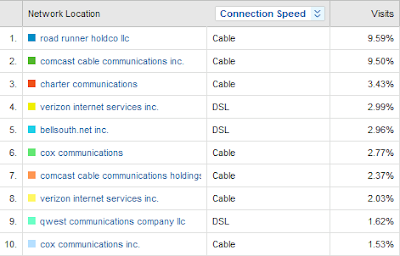 Time Warner (Road Runner) is the 3rd largest high speed internet access provider with 15 million customers yet has the highest frequency of visitors who complain about cell phone coverage at their home.  Comcast is the largest high speed internet access provider with 25 million homes and also has a highest frequency of visitors to Deadcellzones.com.  Ironically, Verizon who brags about their 3G coverage maps with 15 million high speed internet customers is very high up on a this list.  If this information made its way into a commercial Verizon's executives might get some egg on their face.  Will Verizon be able to compete with cable companies getting into the home cell phone business?
We think cable companies will eventually be formidable competitors in wireless considering most people use their phones 70% indoors.  The battle is just beginning and the big players are trying to figure out coverage, bandwidth, spectrum, etc.  Here is a ranked order of cable and wireless carriers by subscribers who are all fighting for wireless lines into the home to compete for femtocell deployments in the US
High Speed Internet Access Subscribers and (Femtocell Option):
By Syndicated Maps at 12/15/2009