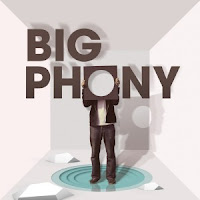 I am beginning to see too many phony carrier marketing / PR people on Twitter spamming with ultra-positive messages that scream fake marketing and SEO tactics.  It's very sad that carriers think they can throw money at social media to fight bad customer service with fake Twitter accounts and crap SEO to push down all of the service complaints from customers.  If you look at the abundance of social media wireless coverage complaints you can understand why they would neglect and deflect anything that confronts their deficiencies and admits guilt.  PR has now been taken to a whole new level these days and no longer is limited to press releases and writing.  Here are some examples of Twitter messages I see from random accounts who don't respond:
We engage with many users on Twitter who are having issues with the mobile phone and ask them to submit their coverage complaints to our maps.  It's much is easier to issue a complaint to our map and hope that someone in network operations does something about the dead zone, dropped call, or data congestion area.   Femtocells are the solution but carriers are far too afraid to admit problems in a public forum.
By Syndicated Maps at 4/29/2010