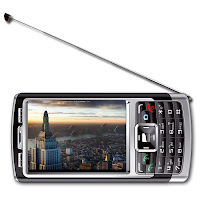 A few recent developments have made me believe that Cox Communications' wireless offering can be a game-changer for the industry. First, I started to watch the TV shows I wanted to watch a few months ago. Second, I watched a Huawei demonstration at CTIA about how the TV remote control can do a lot of fancy things that people often predict a wireless handset can do. Third, I listened to AT&T talk about how its U-Verse customers can program their DVRs from their handsets.

I've always thought Cox certainly had the potential to pick up some wireless customers once it made the $500 million commitment to buy 700 MHz wireless spectrum. I've bought the argument that cable companies need a wireless play to remain relevant in an industry that increasingly offers service bundles to keep customers. But in my own world, I use Qwest for my Internet service and wireline phone service and Comcast for digital cable, and they both do a fine job, but I don't feel any allegiance to either company. The status quo is fine for me. I do feel bound to my wireless provider, but more because of in-network calling between family members than anything else. So I figure Cox's wireless service will appeal to people like my friend Lori, who constantly switches service providers based on the best bundle or people who are unhappy with their wireless carrier or those who like the idea of a broadband stick for Internet access as part of their bundle. (After using Clearwire's WiMAX service at CTIA, I could easily be part of that group once Denver is built out.) But is that segment of the population enough to make Cox a powerhouse in the markets where it operates? I don't know.