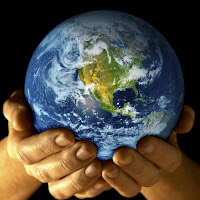 T-Mobile Wi-Fi World Phones Coming for Free International Calls
T-Mobile announced it will be the first major carrier that may offer WiFi calling on all handsets it releases in 2011.  The PR department asked us to clarify it can only guarantee RIM devices but we hope this translates into all smartphones.  They are the first major carrier to promote Wi-Fi calling and make it available from open Wi-Fi access points across the globe, helping organizations -- from large enterprises to small businesses -- reduce domestic and international wireless minute usage, which may result in significant cost savings.

Regardless of the operating system, those devices include RIM, Android, Windows, and its soon-to-debut Symbian-running device. Wifi is standard throughout the World and this will be a breakthrough for many travelers who are constantly purchasing multiple phones and SIM cards to make phone calls while overseas.

T-Mobile has been a popular way to make free phone calls for many World travelers with UMA Blackberry phones. In addition to cost savings, WiFi calling enables T-Mobile to extend service to difficult-to-access areas, such as malls, hospitals, stadiums, parks, school offices and it's millions of dead zones around the world.

T-Mobile has 152 million mobile customers served by the mobile communication segments of the 119 million Deutsche Telekom group & 33.8 million by T-Mobile USA -- all via a common technology platform based on GSM and UMTS, the world's most widely used digital wireless standards.
By Syndicated Maps at 4/26/2010