10% of iPads, iPods & iPhones are Jailbroken 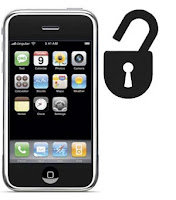 10% of all iPods and iPhones are Jailbroken
Jailbreaking is a process that allows iPad, iPhone and iPod Touch users to run any code on their devices, as opposed to only that code authorized by Apple. Once jailbroken, iPhone users are able to download many applications previously unavailable through the App Store via unofficial installers such as Cydia, as well as illegally pirated apps. A jailbroken iPhone or iPod Touch is still able to use and update apps downloaded and purchased from Apple's official App Store.

Jailbreaking is distinct from SIM unlocking, which, once completed, means that the mobile phone will accept any SIM without restriction on, for example, the country or network operator of origin. Jailbreaking, according to Apple, voids Apple's warranty on the device, although this is quickly remedied by restoring the device in iTunes.

It looks like users will have to be willing to jailbreak their iPhones in order to experience the benefits of many WiFi applications. This really has come at no surprise, as it approaches boundaries that Apple is unwilling to cross. Many apps are rejected everyday but this one really deserves some special mention. The application would work in tandem with a helper app on your Mac and enable iTunes so that your iPhone or iPad could sync wirelessly over the local network.  Read More: Jailbreaking a Requirement For Experiencing WiFi On Your iPhone or iPad
By Syndicated Maps at 5/15/2010