Can Blackberry RIM Torch the iPhone? 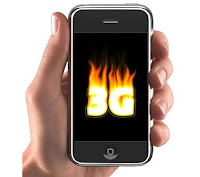 AT&T 3G Service  is the iPhone's "Achilles Heal"
Research In Motion Ltd. (RIM) thinks it might have a challenge for the iPhone unveiling its latest smart phone, named the BlackBerry Torch and available initially exclusively in the United States through AT&T Mobility (T). Is this enough to appease corporate business users to not have iPhone envy any longer?  Many long time Blackberry are stuck on AT&T's network with a contract handcuffs and are afraid of the iPhone's horrible dropped call track record.  RIM might actually have something to keep its users happy and keep them from moving to Apple. 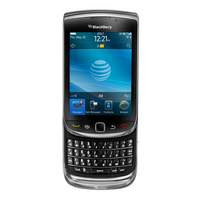 The Torch Blackberry (above) smart phone contains the device makers latest BlackBerry 6 operating system highlighted by increased integration for touch screens and a new web browser, and could hint at AT&T Mobility's new future.  The Torch includes quad-band support for GSM/GPRS/EDGE, tri-band support for HSDPA in the 850/1900/2100 MHz bands and Wi-Fi support for 802.11b/g/n. There was no word on additional models that would support either T-Mobile USA Inc.'s 3G network in the 1700/2100 MHz band or a CDMA version. The BlackBerry handsets have carried subpar Web browsers and all the buzz in the mobile space is with archrivals Apple and Google (Android). Now the display is 30 percent taller with touchscreen, trackpad and four ever-present BlackBerry buttons floating above the keyboard.

AT&T said will start offering the phone on Aug. 12 through its retail and online channels as well as through third-party retailers Best Buy, Wal-Mart and RadioShack. Pricing for the Torch will be the now standard $200 after all rebates and a two-year contract and the device will require a data package of either $15 per month for 200 MB or $25 for 2 GB of data transmission.
By Syndicated Maps at 8/03/2010