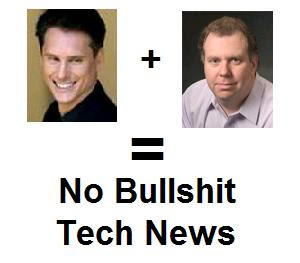 Ken Rutkowski and Andy Abramson on KenRadio.com are the hosts of a fantastic daily radio show that the technology news in  for business people.  They are undoubtedly the smartest technology radio hosts I know who crystallize the important headlines in 30 minutes.  They have opinions about everything and that is what I love most about them.  They aren't just borrowing news robots who are being told what to say by their executive producers like the mainstream news networks.  I have been listening to them on a daily basis for the last 10 years and have a great appreciation for the quality of their perspectives and opinions. Ken is a media guru who knows everything about entertainment and does his research about new web sites all the time.  Andy is very sharp telecom industry expert who translates every headline into what is really going on and why.  They are underground industry thought leaders who should be recognized by mainstream media as industry experts more often.  Why, because they don't cover the "bullshit" that the mainstream media does and they answer to no one but their own common sense.

Today, September 22, 2010, Andy and Ken discussed Deadcellzones.com and the following topics below. The bantered about how AT&T is now offering a TerreStar Satellite Cellular Smartphone and pointed out that AT&T still can't get their network in order and have doubts about the success of this venture. They also discussed why some of the carriers like Verizon and Sprint have better coverage in some networks like New York because of better planning years ago.  Lastly they highlighted a survey that said millions of customers would leave AT&T for Verizon they could.  If you like mobile technology news they discuss it everyday and are well informed.

Everyone in the mobile and technology industry should listen to them through a free iTunes subscription, email or news reader RSS feed.  Better yet should have a morning show on CNBC.
By Syndicated Maps at 9/23/2010