Does 4G Have Credibility When 3G Still Sucks? 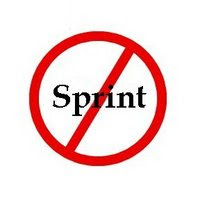 Am I the only person on this planet who isn't a sucker for the 4G, LTE, Wimax marketing bullshit?  Does 4G have any credibility in the consumer marketplace when 3G sucks so bad in major markets?  AT&T still can't figure out their network problems yet they continue to peddle more market crap that is beyond their capability.  These companies (some less than others) are all about raping their customer for fees and doing what is best for business and not for the consumer.  If they did what is best for consumers they would allow phone data to be offloaded to Wi-Fi and create paid incentives for all Wi-Fi router operators (private and public) to open their networks.  There are millions of Wifi networks that could be used as infrastructure and only a few hundred thousand cell phone towers.   Instead carriers would rather try to shove more crap down their pipes that can't handle the traffic.

Its just bullshit.  I am tired of hearing "we cover 98% of the planet", "we have the fastest network", "can you hear me now", "rule the air".  There are millions of unsatisfied consumers who can't make a phone call on their phone yet carriers are out spending billions of dollars building another network that is supposed to be faster.
This wireless telecom industry might be the only industry that gets away with marketing murder and no one can do anything about it.  Not to mention our government regulatory body the "FCC" who is run by a bunch of bureaucrats with their heads totally up the carrier asses.

AT&T's GSM network has horrendous data network problems and its only getting worse.  Verizon touts itself as the most reliable network yet all of their CDMA phones are dumbed down and suck.  We continue to observe all of the network problems and people keep paying $50-$100+ dollars per month for data plans and access that sucks.  What happened to free Wi-Fi as an alternative?  Its just not what is best for business is it?

Wi-Fi is a formidable competitor to 4G, Wimax and LTE yet you won't be reading about it in the press.  Why? Because its not what is best for business and their isn't much money to be made giving free access to data networks.  What's best for consumers is if the millions of Wi-Fi networks open up their access to everyone.  Yes, unprotected networks everywhere and free access.  This is the only thing that will break the monopolies of AT&T and Verizon who control 66% of the US market or 180 million customers.

Isn't it ironic that two of the highest paying dividend stocks on Wallstreet are Verizon and AT&T?  Yet they think is best to put more money in the hands of the shareholders and not do what is best for consumers.  Billions of dollars are put back in the pockets of investors as these two companies are culpable for holding our entire US economy back from innovation.  Get out of our fucking way AT&T and Verizon because Google is going to eat you for lunch.  If I was a a hedge fund my trade would be to short AT&T (T) and Verizon (VZ) and go long Google (GOOG).   They are a "house of cards waiting to fall.
By Syndicated Maps at 10/12/2010