Verizon Droid Pro 1.3 GHz Does Not Have LTE 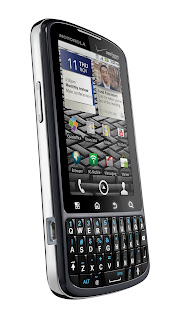 The maximum a smartphone processor anyone needs these days is 800 MHz.  Multitasking on the Android is wonderful but you don't need that much processing power to make it work fast.  No regular person or application users would even be able to tell the difference between an Android G2 phone running on 800 MHz or a Samsung Galaxy with a 1 GHz or a Droid Pro running a 1.3 GHz processor.  The major difference is only in the speed of the 3G network which this phone is only on.  Its not on LTE or 4G HSPA+ like the G2 T-Mobile phones.  I would like to see a "bake off" of users on the T-Mobile 4G HSPA+ network and someone using the Verizon Driod next to each other.  Please send us a video if you have done a test.

To me this commercial is just hype for a phone that weighs too much and is clunky.  Verizon says the Motorola Driod ProPRO with the Qwerty Android smartphone will be priced at $179.99 after a $100 mail-in rebate with a new two-year customer agreement.