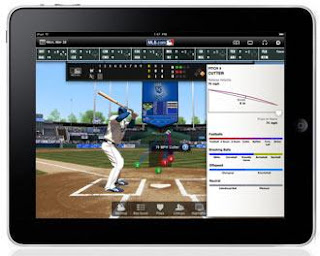 Stadium WiFi & Cell Reception has been an issue for MLB Baseball fans who are fanatics about statistics and want to use their iPads while at the game.  The Atlanta Braves seem to think they have found the solution providing fans providing free WiFi at Turner Field.  I commend for the Atlanta Braves for making the investment for its fans and keeping the internet access free.  Other teams adopting free WiFi include: San Francisco Giants, Atlanta Braves, Minnesota Twins TWifi & Arizona Diamondbacks.

At Bat 11 seems like a great app for fans who want to follow the game stats in real time and possibly see the instant replay on their lap.  However, we want to know how the cell phone reception and WiFi speeds perform throughout the stadium.  Please provide feedback on Deadcellzones.com by putting a pins in our map around the stadium with your comments.  Type in the following address: 755 Hank Aaron Dr SE, Atlanta, Georgia 30315 and submit your comments.  Add your comments and carrier Sprint, T-Mobile, AT&T or Verizon or other carrier which includes WiFI.

It also appears the stadium is strengthening the cell phone reception with a new DAS network which is an antenna repeater of sorts. AT&T announced it will deploy new DAS (distributed antenna system) networks at 12 venues to improve service, and one is already in place at Turner Field to serve the heavily trafficked areas throughout the stadium. AT&T claims to have invested more than $2 billion in its Atlanta wireless and wireline network from 2008 through 2010 as part of its commitment to superior service in the area. Read more at Yahoo News.
By Syndicated Maps at 3/31/2011