T-Mobile Could be an Amazing IPO Candidate 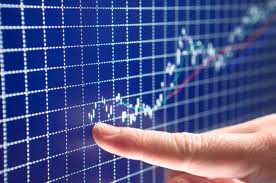 Is it for worth it to waste a year of time and energy and wasteful government dollars to fight the anti-trust lawsuits?  Wouldn't it be more productive to encourage the company to simply do a spin-out, buyout or IPO and test the markets to see what the company is truly worth?  We think the company has just started to gain momentum and could be a tremendousness investment opportunity for a private equity company or investor who wants to spin-out the company and take it public.  The company is doing all of the right things for consumers and by disrupting the incumbents Verizon and AT&T who control 66% of the market.  An IPO could give this industry disruption more runway and likely be a tremendous contrarian investment opportunity for some large investors.

If T-Mobile was a stand alone publically traded company it would have roughly have a $16.8 billion market capitalization with a PE ratio of 12.4 as the average. It would also be one of the largest IPOs of 2011.  See the sorted list of market caps for AT&T, Verizon, Sprint, Deutsche Telekom, Sprint and Qwest.


T   AT&T  166.29B
VZ   Verizon 104.47B
DTEGY   Deutsche Telekom  65.99B
TMOB     T-Mobile USA 16.8B
S   Sprint Nextel 13.40B
Q Qwest 11.95B
T-Mobile has made some great strides in the last year with 4G, adoption of WiFi, partnerships with Google and aggressive pricing policies that is reasonable for consumers. The US management team of T-Mobile has learned some important lessons from their colleagues in Germany at Deutche Telekom which is a dominant player in Europe.  They have significantly improved wireless data experience for its' customers becoming the first company to roll out HSPA+ 4G without charging extra for it. As a result they have been quietly stealing customers from AT&T, Verizon and Sprint despite that T-Mobile USA is losing money.  I believe the company is ready to stand on its own and has the ability to compete longterm with the big players if it were a separate public company.


The proposed AT&T acquisition is going to face a stiff challenge from the Obama antitrust cops. Under section 7 of the Clayton Act, antitrust law prohibits mergers that substantially lesson competition.  This acquisition will suck up 30M customers and drastically reduce the competitive landscape.   See this pie chart of wireless competition post merger were AT&T and Verizon will control 80% of the market.
By Syndicated Maps at 3/23/2011