How We Plan to Save the Earth 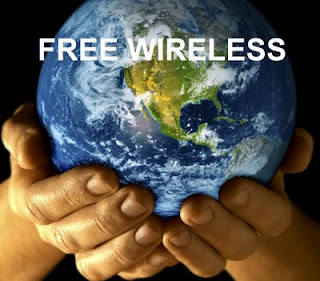 Wireless consumers are getting gouged for services more than any other industry in the World with rates that are ridiculously expensive and not getting cheaper anytime soon.  The telecom industry is controlled effectively by two companies in the US AT&T (NYSE: T) and Verizon (NYSE: VZ) who pay the Government billions of dollars for spectrum licenses and billions of dollars to shareholders in dividends.  The wireless industry is one huge ponzi scheme that needs to change in order to spur innovation and new industries.  The current industry is a virtual oligopoly with a few other companies who don't have the resources to compete.  These spectrum licenses could be free and so could the services that support them if the revenue models were tweaked.  WiFi and many other wireless spectrum bands are unlicensed and now we have "white spaces".   There really is only one remaining company on this Earth who has the power to change and industry and that is Google (Nasdaq: GOOG).  Google could easily create free ad supported wireless networks if the FCC and carriers were not successful at blocking it first.  However, it is our mission to  evangelize it to the media until the industry changes and starts to get it.
By Syndicated Maps at 4/29/2011