Why is AT&T Raising Prices for Early Upgrades? 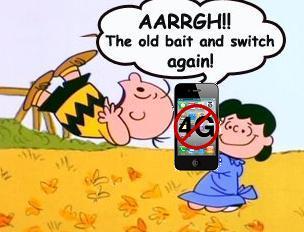 AT&T is disincentivizing its 1-year and no contract plans in order to bait customers into making more taking the cheaper 2-year agreements.  Smartphone owners who want to go month to month (no contract) on AT&T, the full retail price of your phone is going rise by $50 without explanation. AT&T would rather lock you in with contracts versus trying to keep you with quality service.

AT&T has confirmed that no contract early upgrade pricing for the iPhone 4, iPhone 3GS, Android devices and Windows Phone 7 supported handsets has gone up $50. The price for all of these devices when bought on a one-year contract has gone up $150. Signing up on a 1-year data plan phone contract will increase the price of any smartphone you purchase by $150, and that’s in addition to the current markup already in place on 1-year agreements.  This comes on the heals of Verizon offering iPhone's to customers without a contract but the phones are expensive. The price to get an early upgrade from the iPhone to the iPhone will increase by $50. That means you’re looking at $299 for the 8GB iPhone 3GS, $449 for the 16GB iPhone 4 and $549 for the 32GB iPhone 4.

Related Posts.
How to Avoid Early Termination Fees
How to Get out of a Cell Phone Contract
By Syndicated Maps at 4/04/2011