Can You Drive Testing Indoor Coverage?

In our ever more transparent and tough economic environment don't you would think Verizon, AT&T, T-Mobile and Sprint should take a look at new innovative ways to better serve their customer's needs as more customers are using their mobile phones indoors. Our mashup DeadCellZones.com collects thousands of carrier indoor and outdoor cell coverage complaints from customers each month with zero advertising. If our website is collecting this data for free it appears the carriers are all overlooking a very simple way of listening to their customers. Ask!
Wireless service providers (especially in the U.S.) do drive testing to build theoretical coverage maps and test their networks for cell signal strength. Drive Testing or wireless data collection is used to provide coverage analysis, network weakness information and to aid in finding specific problem areas reported by consumers. Most drive testing companies are specifically tasked with simulating the actual call experience of customers during weekday periods to simulate capacity issues outdoors. Such companies include GWS, LCC, and WFI. Most carriers outsource this capability to third parties, unlike Verizon who has its own in-house drive testing team. Drive testing companies usually spend between $15-25 per mile in over 300+ U.S. markets benchmark testing signals. These companies provide a tremendous service to the carriers and deserve every penny for their efforts but how do they efficiently acquire in-building coverage data where customers use their phone the most?

DeadCellZones.com will be a the forefront of the carrier femtocell revolution and will start helping drive testing companies get better visibility of in-building coverage problem areas. U.S. carriers are starting to roll out femtocells and the number of worldwide subscribers is rising rapidly, jumping from 1.7 million in 2007 to 9.7 million in 2008. The number of femtocell phone units is expected to nearly quintuple in the 5 years from 2007 to 2011. 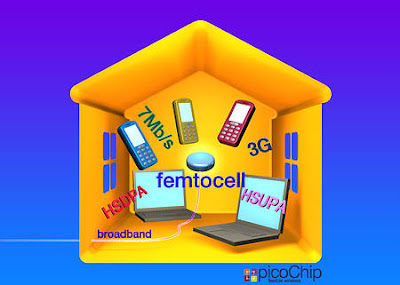 I think the current recession is going to demand cost-cutting measures that we have never seen from these companies since churn is more prevalent than customer growth. The carnage could be huge from suppliers and vendors beneath the umbrella of these giant companies of those who do not innovate. Its widely known throughout the industry that working with carriers is not much different than working with government bureaucrats because of their proprietary networks and huge customer bases. The lack of leadership of the wireless communication giants to is the primary reason why the U.S. is way behind Europe and Asia in wireless telecommunications.
By Syndicated Maps at 1/28/2015