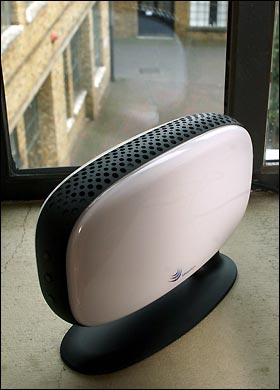 The iPhone AT&T coverage problems are a hot topic of discussion these days, with everyone trying to figure out who’s to blame. Is it the fault of the carrier, software, or chips? AT&T, Verizon, Sprint and T-Mobile are starting to take steps admitting that they have networking coverage problems by rolling out their femtocell solution to the problem beginning in 2009. So what is a femtocell and why would you want one versus a signal booster/amplifier? We try to explain . . .

What are femtocells? They are 2G, 3G, 4G, LTE or Wi-Fi wireless device that has been specifically designed for cell phones and used it is used to enhance cell phone reception indoors and lower cell phone costs at the same time. A femtocell will essentially allow individuals to have their own mini cell network within their homes. With femtocells, the days of standing outside of or near your window to get a signal will be over. However, femtocells do have their limitations and you should read an earlier blog post. Femtocells enable your cell phone to hook directly into the network without using a traditional cell booster or amplifier seen below. 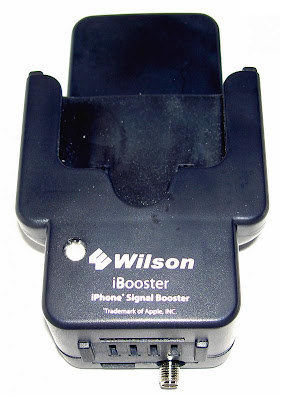 Femtocells look strikingly similar to wireless routers and are used to route cell phone calls through broadband Internet connections and then back to cellular networks. There have also been reports about a possible small USB device analogous to Skype, called the Femto Jack, that works as a mini femtocell. A femtocell acts just like a VoIP repeater and the following occurs when a phone call is made from a house or office that has femtocell capabilities. A phone call is made from someone's cell phone, as it is being made it is redirected to the femtocell, then sent through a broadband internet connection and from there is redistributed back to the cell network. This is especially important because it allows people to set up a femtocell network in an area where traditional cell phone service is not available.

Femtocells allow cell users to get better range in indoor areas where before they had little or no service because of a dead zone. Femtocells are especially beneficial because they can lower the cost consumers pay for their cell phone plan. Costs are lowered because minutes used within a femtocells range are expected to be unlimited when included with a plan. Carriers are able to allow this because it allows them to move data traffic away from cell networks and therefore lower their overall costs and eliminate the need for uneconomical cell towers. Another added benefit of using a femtocell within your home involves better data bandwidth performance which results in a better experience with music, photos, and live video on your cell phone.

Sprint has been the leader among U.S. carriers in rolling out this technology. They recently began offering a femtocell device for a one-time fee of $49.99 and $15 per month after that. This deal included the Airave femtocell router and an unlimited amount of minutes routed through the femtocell. This means that all mobile phone calls made within the range of the femtocell were unlimited for only $15 per month. Currently, femtocells are being made with ranges of 50-100m which is more than enough to support most phone calls in and around one's home. Another femtocell product that is expected to be disruptive to carriers is the Femto Jack which is made by the same company as the Magic Jack. A MagicJack and Skype merger would be quite interesting and disruptive the telecom industry?

At this time most femtocells can support 2-5 cell phones at one specific time and they work with all major cell signal types including CMDA2000, TD-SCDMA, UMTS, and GSM. This means that a femtocell can be used with most major U.S. carriers including AT&T, T-Mobile, Sprint, Alltel, and Verizon. These solutions will likely be an aggressive response to the growing trend of discount carriers Leap and MetroPCS who are rapidly taking customers from the incumbent carrier giants.

Carriers are also pushing femtocell application features to give the perception of value other than just filling coverage gaps. See the 3G and 4G blog for more details from the Femtocells World Summit.
By Syndicated Maps at 7/01/2009