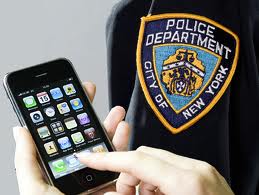 Response times and emergency communication shouldn't not be compromised at the expense of poor cell coverage. Up until now, officers in Arizona have been living in an unconnected computer world taking handwritten notes during investigations and then driving to the nearest substation, often 80 or 100 miles away, to log into the computer systems. While in-vehicle computers and cellular modems are standard equipment for many law enforcement agencies across the U.S., making the department’s Mobile Data Computing Project work in Yavapai County, Arizona was a challenge due to weak cell signals provided by the carriers. The County covers 8,100 square miles, an area larger than several U.S. states, lying between suburban Phoenix and the South Rim of the Grand Canyon. The topography includes the Sonoran desert and mountains rising nearly 8,000 feet.  As the department researched the feasibility of implementing the upgrade, a field testing confirmed that the cellular signal in many areas of the county was too weak to allow in-vehicle modems to reliably connect with the department’s computer system.  Now their officers have the data connectivity resources in their vehicles.

The Yavapai Arizona Sheriff’s Office took it upon themselves to upgrade their data communications capabilities for more than 120 police cars installing cell phone booster systems made by Wilson Electronics. They didn't beg the carrier to upgrade their networks like so many agencies do.  To solve the problem the department installed Wilson boosters and antennas to detect and amplify faint cellular signals. The payoff has been clear and immediate enabling police officers to use on-board computers and cellular modems to access the department’s computer network and search for needed information or file reports directly from their patrol vehicles, even in remote areas of the county. 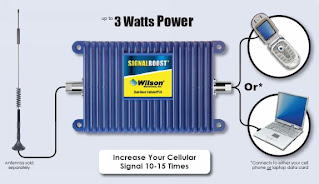 The officers recently went on a search and rescue operation in an area where the searching units had no cellular coverage according to their handheld devices, but with the air-cards in their vehicles, responding deputies had service through the Wilson booster and were able to instant message and stay in contact with the communications center.  The department also experienced another unexpected benefit shortening response times.

Wilson Electronics, Inc., a leader in the wireless communications industry for more than 40 years, designs and manufactures a wide variety of cell phone signal boosters, antennas, and related components that significantly improve cellular communication in mobile, indoor, and machine-to-machine (M2M) applications. All Wilson products are engineered, assembled, and tested in the company's U.S.-based headquarters. Wilson boosters fully comply with FCC regulations for cellular devices and are FCC type accepted and Industry Canada certificated. Wilson Electronics has developed and patented a variety of technologies for protecting cell sites by preventing network interference. For more information, visit weboost.com
By Syndicated Maps at 10/29/2010