Verizon Wireless 4G LTE is Not for Cell Phones or Smartphones 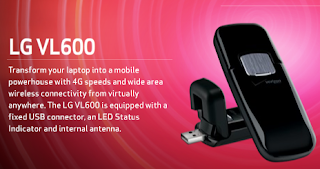 Verizon 4G LTE is not initially for cell phones or smartphones and the only devices for the network will be USB modems for your laptop PC.  LG Electronics (above) & Pantech Corp (below) are the two USB modems that will be available.  Are Verizon Wireless customers really willing to pay $600-$1000 per year + $100+ for a modem and a mandatory two-year contract. Verizon is launching 4G LTE services in 39 markets and 62 Verizon 4G LTE airport locations.  Verizon won't be adding a voice product to the LTE offering until they have reached a certain level of scale with LTE coverage in the late 2012 or early 2013 time frame. Verizon's new 4G LTE data plans will provide customers with 5 gigabytes of data download for $50 per month or 10 GB for $80 per month, with overage charges of $10 per GB.  Download speeds are only 5-12 mbps and LTE competes with Free WiFi at similar speeds?. 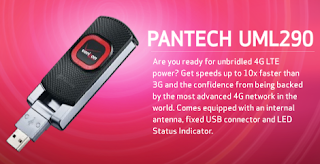