Where Did 3D Channels Gp? 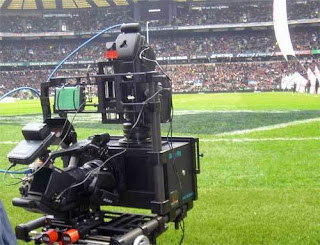 Where are the 3D channels consumers that were promised this year on cable TV?  Cable subscribers of Verizon FiOS, Cablevision, Cox, Time Warner, Comcast and AT&T U-verse are still waiting patiently for their channels. According to this blog Direct TV has 4 3D channels, Time Warner has ESPN 3D while the other cable operators have 0. HDTV's success can be attributed to content and now 3D could draw the same road map. It is likely that nearly 1 million 3D TVs have been sold in the US and the number is growing by 50% per year and Samsung owns the majority of this market share.

ESPN broadcasted 3D programming on a dedicated channel for the World Cup Soccer but that is about it for content. Comcast subscribers were able to see the Masters golf Tournament in 3D.  I will admit that some sports are better than other for watching in 3D and stadium events might not be that compelling unless you are watching a camera from the sideline. 3D content is still lacking and ESPN will likely be the driver or more sports programming content with hopefully some more NFL, NBA, NHL, MLB and college football games. Why isn't Fox carrying the Super Bowl at Cowboy stadium in 3D? Golf to me is one of the greatest 3D viewing experiences having viewed the Maui open on a DVD at the store.