Why Does Verizon Want You to Turn Off WiFi on Your Phone? 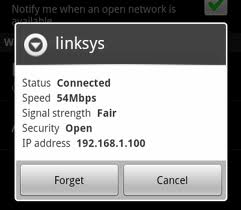 I had a strange visit to the Verizon Wireless store today to upgrade my wife's phone. I purchased her the Android Motorola Droid Pro and an "all you can eat" data plan for $30 per month. While in the Verizon store the salesperson encouraged us to turn WiFi off on our smartphone for some strange reason and had no reason to justify the request.

I think Verizon feels threatened by public Wifi and wants to make sure that smartphone users are discouraged from using WiFI. LTE does compete with Wifi and in many cases is much faster. Not only that but Verizon doesn't even have any phones that run on 4G LTE yet.

At the end of the tutorial, the salesperson asked if we wanted to purchase a MiFi device and create a mobile hot spot. Verizon is obviously training their salespeople that public WiFi is bad and their MiFi hot spots are the way to go.

I also received some strange looks when I said that I have the fastest 4G phone the G2 and it runs on HSPA+ which is 4G. I have been using an Android phone for almost 3 years and I highly recommend using WiFI whenever possible. WiFi connections can be 3 to 10X faster than Verizon's current CDMA and even new LTE network which is not available on any smartphones. Try going to Europe or outside the US and only use WiFi for VoIP Skype or Google Voice calls. Its free and can save you a lot of money.
By Syndicated Maps at 12/24/2010