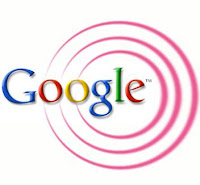 The FCC has approved nine companies to be curators of the database for the newly opened up white space wireless or this is also known as long-range WiFi or Super WiFi.  Google led the group and was joined by Comsearch, Frequency Finder, KB Enterprises and LS Telcom, Key Bridge, Neustar, Spectrum Bridge, Telcordia Technologies, and WSdb.  Google has been backing the use of this spectrum between the frequencies used for television broadcasts as a way to deliver affordable and likely free ad-supported wifi.  This is an interest from the related Google Fiber project initiative. Read more at DailyWireless.com 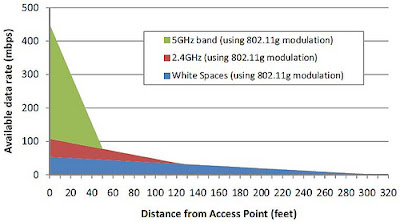 This is tremendous news for supporters of free WiFi and location-based advertising.  There is no reason that everyone shouldn't be able to surf the internet on their smartphones and tablet iPads from anywhere that reaches one of these super antennas.  Carriers are obviously wildly opposed to this White Space initiative because in cannibalizing their huge investments in fast LTE 4G.  Our theory is that properly supported WiFi could be plenty of bandwidth for consumers to use their phones with a Chrome browser and location-based ad.  Therefore I am not bullish on consumers paying upwards of $60-$100 per month for high-speed broadband.  Kudos to Google to making wirelessly affordable to everyone and not just the rich.
By Syndicated Maps at 1/27/2011