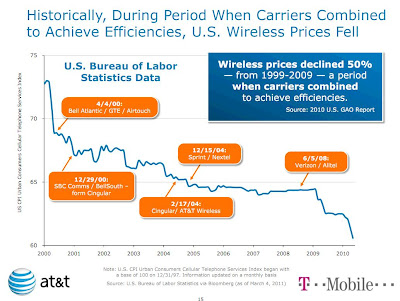 Here is a PowerPoint chart I found on AT&T's web site trying justifying the merger.  This chart highlights that wireless prices have declined 50% from 1999-2000 implying that this will continue.   What are they trying to imply now that Verizon & AT&T will soon dominate 75% of the market and are by far the most expensive carriers?  The implication is that want to raise prices because T-Mobile is hurting their margins charging 25% less.  It is widely known that T-Mobile provides its customers with valued pricing at more than 25% less with far better customer service and faster data speeds.   In slide number 24 you will see that they further imply that they want to grow the ARPU (Average Revenue Per User) and expand margins which means raise prices. 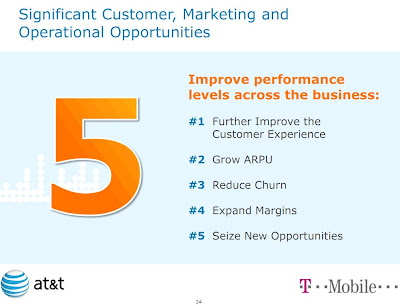