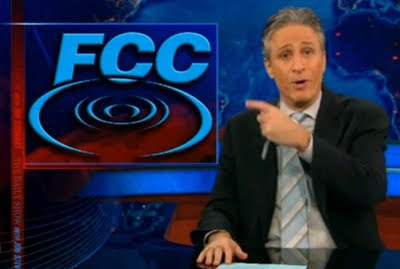 We all know the FCC is a joke but this one takes the cake as one of the most ridiculous conflicts of interest I have ever heard. The Daily Show’s Jon Stewart just railed the former FCC Commissioner Meredith Attwell Baker for becoming a lobbyist for Comcast. The hilarious segment was complete with booing and hissing from the audience when the commissioner’s actions were revealed.  Criticism of Commissioner Baker has come from almost every media outlet including The New York Times, TIME Magazine, Rolling Stone and now The Daily Show.  Freepress has collected more than 60,000 letters urging Rep. Darrell Issa to investigate Baker’s sudden departure with a goal of 100,000 before delivering them to the congressman.  Send you a letter demanding the resignation and clamping down of the FCC corruption.
By Syndicated Maps at 5/18/2011