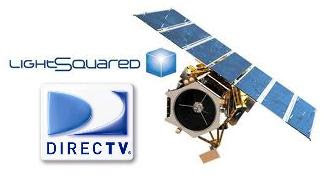 LightSquared’s is a new high speed data only wireless company with a mission to revolutionize the U.S. wireless industry. Light Squared has created the first-ever, wholesale-only nationwide 4G-LTE network integrated with satellite coverage.  ightSquared offers customers the speed, value and reliability of universal broadband connectivity, wherever they are in the United States. Placing calls over satellites is expensive and impractical compared with using cell towers, so the FCC allows spectrum holders to back up satellite coverage with towers. That gives LightSquared a "back door" to building out a conventional ground-based network of cell towers. Its integrated LTE-satellite network will serve critical public sector needs such as emergency preparedness and seamless communications in times of crisis.

The key competitive advance for Light Squared is its satellite coverage. LightSquared's satellite network (Boeing) was launched into geostationary orbit over North America in November 2010. Among the largest and most powerful commercial satellites ever launched, this space-based network will provide coverage to users when they are out of cellular range. LightSquared's next generation satellite with its 22-meter-diameter reflector will allow for connectivity to mobile devices without penalizing form factor, battery life, or performance. Other cellular providers are limited to offering wireless and mobile broadband services to customers strictly via cell phone towers or limited satellite connections. By integrating a national LTE network with ubiquitous satellite coverage, LightSquared will not only offer its partners a new wholesale revenue platform, but will also provide end users with a reliable and fast experience, regardless of where they are in the United States.  Don't be surprised to see Direct TV (NYSE: DTV) as one of the first re-sellers of Light Squared's 4G/LTE service.

The LightSquared network is designed to support present-day and emerging wireless devices without restrictions or the hassle of buying a new phone locked to a specific network. Its open wireless ecosystem removes existing barriers to the development of innovative applications and services in the mobile Internet space. As a wholesale-only operator, LightSquared will deploy an open 4G network to be used by existing and new service providers to sell their own devices, applications and services, at a competitive cost and without retail competition from LightSquared. Mobile phone consumers will not buy 4G/LTE data service directly from LightSquared. Instead, it will wholesale to other companies like cable, regional phone companies and broadband providers that can resell it to consumers.

LightSquared plans to start selling the service in the second half of 2011 in Las Vegas, Phoenix, Denver and Baltimore. The deployment and operation of LightSquared’s network represent more than $14 billion of private investment from Harbinger over the next eight years to cover 92% of the U.S. popluation. For more information about LightSquared, please go to LightSquared.com, facebook.com/LightSquared and twitter.com/LightSquared.
By Syndicated Maps at 6/28/2011