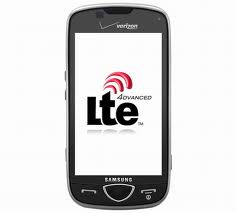 Is 2 hours of battery life compelling enough to make you want to go out and purchase a new LTE phone?  LTE stands for Long Term Evolution and is a new standard beyond 3G which makes the download speed twice as fast as your 3G HSPA+ phone.   LTE is an alternative to WiFi for downloading content when you are out of the home or office.  We all know how WiFi drains your battery and it appears the LTE is going to drain the battery even faster.  Smartphone batteries need to last at minimum 6-8 hours without a charge and 3G HSPA+ phones can barely do that today.

LTE phones were a big theme a CES 2012 but I am a bit skeptical about the consumer adoption forecasts.  As a consumer, I think I would buy an LTE tablet before that of a smartphone.  I just don't find it compelling enough to consume content on the smartphone.  Speed is not the most important part of a phone user experience.  Battery talk time is most important, followed by data connectivity reliability and then finally content download time.  3G HSPA+ works pretty well if you are not in a congested area and think the speed and price point are currently enough.  When I want to consume content I am typically within the range of WiFi and this will work fine.  Most tablets have larger embedded batteries and thus enable consumers to use LTE for longer periods.

Don't be surprised to see Apple roll out a new iPad and iPhone that is LTE compatible on either carrier.  Today, LTE phones are not compatible across carriers but I think Apple will be the first manufacturer to make one.
By Syndicated Maps at 1/12/2012