Why Did Google Give Verizon an Exclusive For The Pixel Phone? 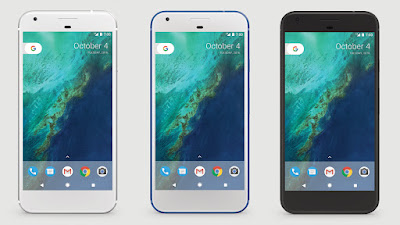 We think because Google will also sell its brand-new Pixel and Pixel XL via the company's Project Fi mobile network. The Pixels fully support Fi's network switching between T-Mobile, Sprint, and US Cellular.  Not exactly an exclusive is it?


Verizon and Google have a long, tense history of working together with respect to Google's hardware. Five years ago, the Galaxy Nexus had a strange and slow rollout on the network. Verizon was also stingy with software updates once the phone was out. It didn't stop there — the Nexus 4 wound up being incompatible with the network, the Nexus 5 was skipped entirely, and the Nexus 6 was another product that Verizon customers had to wait for. The two sides even butted heads over Google's Nexus tablets, too. That said, leaks of the Pixel and Pixel XL showed a glimmer of hope: no Verizon branding can be found on the phones.

Google on Tuesday named Verizon as the exclusive U.S. wireless carrier for its new Pixel smartphone. The new Pixel smartphone comes in 5.5-inch and 5-inch versions and features an aluminum unibody, AMOLED display, Qualcomm Snapdragon 821 chip, a quad core processor, 4 GB of RAM, a fingerprint sensor, 32 GB and 128 GB memory options, an 8 mp front camera and a 12.3 mp rear camera. The device also comes with either a 2,770 mAh or 3,450 mAh battery that can achieve 7 hours of life on 15 minutes of charge time, Google said. It comes in three colors: black, blue and silver. Google’s new artificial intelligence Assistant and compatibility with the company’s Daydream View virtual reality headset will come built in to the device.

The Pixel will run on Google’s latest Android Nougat operating system, the company said. While the device will also be offered unlocked for $649 through the Google store, Verizon will be the sole U.S. wireless provider carrying the device, Google said.