What are the Common Causes of Network Interruption? 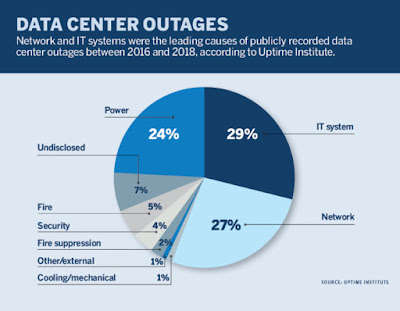 Network interruption, which is also referred to as downtime, is a common problem affecting businesses and homes alike. It has a major impact on companies as it often results in the loss of revenue while hampering efforts to attract new customers and retain the existing ones. The worst thing is that most downtimes come unannounced, sometimes when you most need a reliable network.

At home, a network interruption can mean several things. You may not be able to stream your favorite shows online and if you have one, your home office business operations can be brought to a halt. If you’re at home (or in the office) and are experiencing downtime, you could simply switch your TV on and enjoy your favorite shows as the issue is resolved. But what if you already cut the cable? Well, according to Greg, a renowned former antenna installer from https://longrangesignal.com, the solution lies in having an HDTV antenna. It lets you enjoy your favorite local TV channels at a fraction of the cost you’d have spent paying for cable TV, keeping you entertained network or no network.


That’s a problem half-solved, but you’ll obviously need to trace the root of the problem so you can find ways to avoid and prevent downtime.


With much of the bias on businesses, here are some common causes of network interruptions.

This usually occurs when updating or migrating a network from one server to another. This is not down to human error or misconfiguration of components, but rather as a result of the network not running as it is expected to. It can be caused by existing or new equipment not being compatible with the existing network, or the network rejecting the proposed changes. For this to be avoided, the network administrator should try running pilot tests in a lab environment so that such updates, upgrades, and migrations don’t end up causing a downtime.

To err is human, so it’s not surprising when a network failure occurs as a result of a mistake by one of your staff members, say pulling the wrong plug or using the wrong routers or IP address. Even the most experienced network administrators occasionally make mistakes. While human errors cannot be completely eliminated, they can be reduced to almost none by doing regular staff training and properly documenting network protocol so everyone is up to speed in the workplace.

With the advancement of technology, networks have become better and faster, some even capable of sustaining a vast number of users at the same time. However, it has also led to the rise of more “sophisticated hackers” who employ the latest technology to carry out their attacks. The network administrators, therefore, ought to pull up their sleeves in keeping themselves up to date with the latest trends so they are better prepared to handle malicious attacks.

It goes without saying, that keeping up with the speed of technological advancements is very expensive. That, however, is not an excuse for you to stick to old and outdated equipment. This may leave you at a massive disadvantage when it comes to competition for market share and revenue as the best companies usually have the best and latest technology at their disposal. You should strive to stay current with your network equipment and components, which will allow your company to run more efficiently while making your network administrator’s life a bit easier.

Power outages are common when you are connected to the national electricity grid. While it is very little your company can do about that, you can, however, stay prepared for such inconveniences. Having a back-up power supply, for instance, can ensure your company runs without any major interruption, giving you a competitive advantage over competitors whose networks go offline due to power outages. The network administrator should connect redundant devices of the network to different power circuits so that in the event of any power outage, a total network shutdown won’t be experienced. You can also invest in power generators or go green by using solar panels to harness the free power of the sun.

When Mother Nature strikes, you have no option but to marvel at her destructive power. Natural disasters like floods, hurricanes, and tornadoes can do massive damage to network infrastructure. Ad hoc mishaps such as employees or visitors spilling coffee on cables or sockets can also happen as no one can predict such occasions. Unrelated incidents such as small animals like rats destroying cables can also occur, leaving your company reeling in network failure and huge losses. Your business can minimize the losses by insuring all network components so that in the event of such incidents, you’re able to bounce back quickly and restore network functionality in the shortest time possible.

Components of a network can also have issues such as defects from the manufacturer or faults from poor installation. To prevent this, the network administrator must ensure that all components are installed correctly and regular maintenance is done to keep them functioning properly.
From the above issues, it is clear that keeping a network online is no easy job. The good news is that most of these challenges can be mitigated in advance or as soon as possible. By employing the measure mentioned above, minimizing network interruptions should be less daunting.
By Syndicated Maps at 1/11/2020