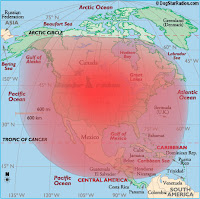 Has the Sirius / XM customer service improved helping customers upgrade to the latest software versions? I was becoming increasingly frustrated by the poor reception/coverage I am received on my Sirius Satellite radio S50 until I upgraded my software. Why is Sirius XM is losing signal for no reason?

As a huge Howard Stern fan if you miss a few seconds you might miss the entire punch line of a joke and its annoying. Unlike cell phone signals where the signal drops and your call is gone. Satellite radio just cuts in and out when you start entering an area where there is a poor view of the sky or you are on the edge of the terrestrial repeater network. I live in one of the largest most heavily populated cities in the U.S. (Los Angeles) and can't believe that I could be on the edge of a repeater network with such a large concentration of customers. After upgrading my S50 to the latest software my signal improved and I didn't need to start another website similar to DeadCellZones.com to allow other frustrated Sirius and XM radio to complain about poor signals. Apparently,a lot of other customers had a similar problem due to all of the comments below.

This coverage map does not reflect the terrestrial repeater coverage - the signal around most major metropolitan regions in the is much stronger due to the repeater network. A repeater is a ground-based broadcasting station. A repeater's signal coverage appears to be stronger than the standard satellite signal with approximately a 20-mile radius. The selection between picking up the terrestrial or satellite signal is automatic, and the radio will pick up whichever is significantly stronger. You can see whether your antenna is connected to a repeater by going into the radio's menu, selecting "antenna aiming", and seeing the two bar sets. The one marked "T" or "Terr" is the terrestrial repeater signal. If that is around one bar, it would probably be best to aim your antenna towards the nearest metro area to get the best signal.

Some people have satellite radio reception trouble if they live on the edge of a repeater signal, where both the terrestrial and satellite signals are equally strong for much of the day. If this is the case, it would likely be a good idea to shield either the side or top of the antenna with something metal to allow it easily to ect one signal or the other. This is likely an issue that will be resolved with newer generation radios.

Related articles:
82% of the World is a Cellular Dead Zone
Satellite Coverage Maps for Cell Phones
By Syndicated Maps at 8/08/2008