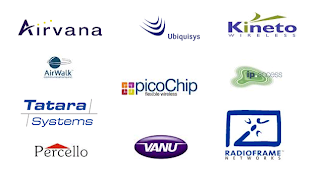 The femtocell market has seen a few large investments in recent months, showing that the industry has strong market potential and there are lots of home and commercial dead zones to fix. Prominent players (e.g. Airvana, Ticker: AIRV IPO in July of 2007 for $60M, picoChip $27M, Ubiquisys ($25M) were funded in 2007, the emerging industry appears to be reasonably well capitalized for the turbulent times ahead and growth. Investors are hoping for more commercial deployments of femtocells during the next 12 months, setting the stage for mass market deployments during 2010. Here are a few companies that were successful at raising money in 2008.

August 2008 - RadioFrame raised $26M to expand their picocell and femtocell range, bringing investment up to $100M since 2001.

May 2008 - Qualcomm and other venture capitalists invested an undisclosed amount in ip.access

Updated list from 3G in Home Blog
DeadCellZones.com sits in a unique position based on our brand recognition and utility to educate the market about femtocell technology as control of in-building-coverage is suddenly in the hands of consumers and not carriers any longer. The masses are still not very familiar with the technology but its starting to trickle down to early adopters and we hope to provide a source of information for these companies where the coverage pain exists.
By Syndicated Maps at 11/11/2009