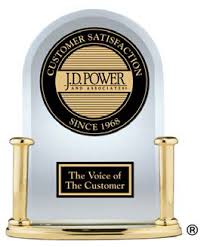 I question the size, qualification and transparency of survey participants in this latest J.D. Power Call Quality study. I have many questions with regards to the relevance of the latest wireless study from a survey that only reaches 27,754 customers. The headline of the study says, "The Gap in Call Quality Performance among Carriers Narrows" when they have only surveyed .011% of the 260,000,000 million U.S. mobile phone users (Wikipedia).

I would bet a large portion of the 27,754 survey participants are college students or people out of work looking to make an extra buck. Does that qualify them to take such as survey just because they have the extra time on their hands? I think this study could provide more value to consumers and carriers if they were to actually survey those customers who were actually having coverage problems in the past and could reference specific improvements in their local network. It's actually quite easy to find disgruntaled wireless customers if you simply do a Twitter search on "AT&T Coverage", "Verizon Coverage", "Sprint Coverage", "T-Mobile Coverage" or go to Deadcellzones.com. I think the big carriers need to start doing a better job of sourcing customer service information from customers and companies like DeadCellZones.com can help.

In general call quality has likely improved but where, when, on what devices and for whom? What value does that provide to consumers who are still having 3G data issues with their iPhone's etc. If you missed that latest call qualify woes for AT&T at South by Southwest Interactive in Austin see this article in CNET, Geeks depart, but AT&T's SXSW coverage sucks.

The study also reveals interesting trends on calling activity: 52% of all wireless calls are made indoors today, while only 40% of calls in 2003 were made indoors. 30% of wireless calls take place at home, 12% at work, and 10% inside other structures, such as shopping malls. In 2009, the average number of text message notifications per month is nearly 100—more than double the amount reported just 1 year ago of 47.
By Syndicated Maps at 3/23/2014