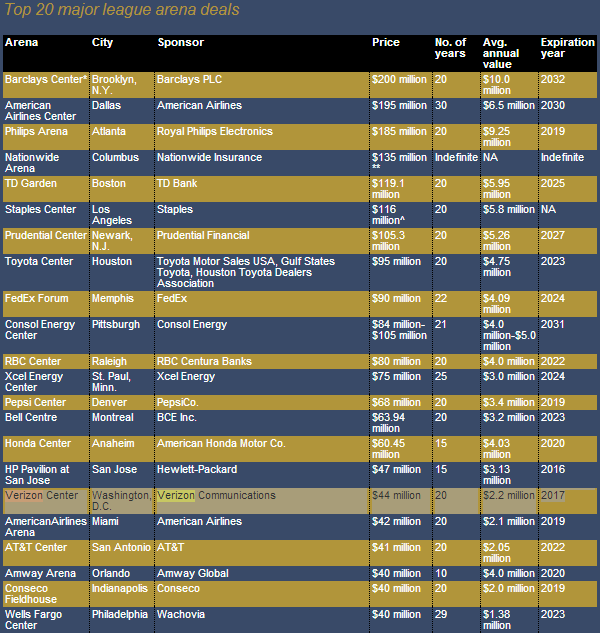 Verizon & AT&T Have Spent Millions on Naming Rights Deals. I can't tell you how many times I have heard reporters say the stadium has no reception or connectivity.  Last night Patrick O'Neal from Fox Sports West was covering the Los Angeles Kings playing the Washington Capitals at the "Verizon Center" in Washington DC.  @Patrick_Oneal was frustrated on the broadcast he was not able to get updates on scores and probably connect to social media while at the game.

Common sense would tell you that if you are a carrier owning naming rights to a stadium you would go out of your way to provide the best coverage.  However, reception and network data congestion at stadiums is still a huge problem despite efforts install more antennas, WiFI and DAS.  Here is list of naming rights sponsor ships that shows you its all about marketing and not about providing quality service.  Here is another example of AT&T Cowboy Stadium cell reception problems.  I am curious how the reception is at the AT&T Center in San Antonio?
Here is a map of Stadiums and Arenas around the world.
By Syndicated Maps at 3/26/2014