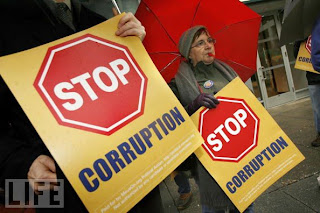 People Don’t Seek Solutions Unless There Are Problems!
Comments on the RCR Wireless Article FCC to address cellphone boosters, jammers and is the FCC losing its' authority and credibility based on this court ruling?

The Federal Communications Commission is considering implementing a law that would make cellphone boosters illegal unless they are deployed by a wireless operator (DCZ:  Wireless operates hate signal boosters b/c they are not under their control)  or with the consent of a wireless operator, a move that could impact thousands of end-users already owning such devices.  (DCZ:  What problem are they trying to solve that the network operators have not dealt with for years?)

The Notice of Proposed Rulemaking before the FCC addresses an ongoing controversy within the wireless industry and could impact devices like MagicJack (DCZ: this product is not a booster its VoIP.  However, they have a product called FemtoJack under development) and other femtocell solutions, as well as local and state governments that want to be able to use cellphone jammers to prevent prisoners from unauthorized use of cellphones. (DCZ:  Or schools who want their kids paying attention to the teacher)  Depending on whose argument you believe, the eventual ruling could even have an impact on net neutrality rules.  (DCZ:  I don't see how this applies to Net Neutrality)  One proponent of signal boosters and jammers said that making boosters illegal won’t address the products already in the market, nor will it stop the sale of signal boosters.  (DCZ:  There are a handful of big companies and thousands of people employed by them with hundreds of thousands of devices already on the market.)

Wireless industry trade association CTIA in 2007 filed a petition for a declaratory ruling at the FCC, asking that it outlaw the sale and use of any device that can enhance or impair cellphone calls. (DCZ:  Might have worked under the previous corrupt Bush Administration)  The petition was a surprise to some third-party retailers, who called RCR Wireless News at the time and thought the story had to be wrong. Therein lies the crux of the problem: a cellphone booster can enhance coverage for a customer, but also has the potential to interfere with someone else’s signal (DCZ:  How often and how can they prove this?). Yet, cellphone boosters have been marketed to carriers and end-users alike as a way to improve the cellular signal in areas where coverage is less than satisfactory – and the reality remains that cellphone coverage in some locations is spotty.  (DCZ:  Carriers need to get their act together with Femtocells first before they decide to outlaw something like this. Signal boosters provide a lot of value in the car.)

The FCC’s definition of signal boosters is fairly broad as it includes amplifiers, repeaters, boosters, Distributed Antenna Systems, and in-building radiation systems that enhance CMRS signals or Part 90 signals. CTIA is asking that the commission rule that companies must have an FCC license to operate a signal booster or have the consent from an FCC licensee (i.e., operator), and that the sale and marketing of devices to unauthorized parties (i.e., end-users or commercial building owners) is illegal.

CTIA also says that wireless microphones, jammers, and new products like the MagicJack femtocell device also are threats to the network.  (DCZ:  What happened to let entrepreneurs create technology to help the industry progress?)

“Unlike wireless handsets, which are under the control of the wireless licensee’s base station, signal boosters cannot be controlled by wireless licensees. However, it is clear that the commission’s rules require carriers to control and govern the use of signal boosters and amplifiers. In fact, this control contemplated in the commission’s rules exists for very good reasons. Signal boosters, because they are not controlled by the base station, do not operate at the lowest possible power. Rather, these devices are intended to operate at much higher power, which raises the noise floor, harming spectrum efficiency and causing interference that leads to degraded or dropped calls unless the devices are properly installed and overseen by the carrier,” CTIA said in comments on the NPRM.

“To address the harm caused by unauthorized signal booster operation, the commission must affirm its existing requirements, which prohibit the sale or marketing of signal boosters to unauthorized users. Currently, many manufacturers and retailers market and sell these products to end-users with the knowledge that these devices do not and cannot comply with the commission’s licensing and interference control obligations. Under FCC rules, the use of signal boosters is only permitted by licensees or parties authorized by licensees. However, illicit sale and operation of these devices will continue to proliferate – and will be impossible to effectively enforce – if the commission does not take prompt action to affirm these requirements.”

Not everyone agrees. Howard Melamed, CEO of CellAntenna, said a blanket “make them illegal” mandate doesn’t solve the problem. It will just force end-users in need of a solution to buy products overseas. “People don’t go out seeking a solution unless there is a problem.”

Howard said some of his clients are hospitals that have needed coverage but not been able to get satisfactory coverage from the carrier. Instead of a blanket mandate, the FCC should force signal-booster manufacturers to tighten the design specifications. He’s also advocated that a registry be created where people can register their signal booster with the FCC so in the event the signal booster is affecting the network, the carrier can know who or what is causing the problem. Melamed also joked in an interview with RCR Wireless News that he is a “persona non grata” within the wireless carrier community.

Wilson Electronics in its filing with the FCC argued that mobile amplifiers should not be subject to the same rules as larger, traditional fixed power boosters. Wilson also said the mobile boosters, designed for personal use in a car, for example, are an example of net neutrality initiatives at the FCC that are designed to allow any device to attach to the network.

CTIA disagrees with that assessment, as well as comments filed by The DAS Forum that recommend a code of conduct is followed, rather than more regulation.

Both CTIA and Howard agree that poor-quality boosters can cause problems. But Howard argues that not allowing U.S. companies to sell boosters that meet FCC certification standards will only lead people and businesses to buy poorer quality boosters overseas. Signal boosters are sold throughout the rest of the world, he said; the controversy only is occurring in North America.  (DCZ:  Pointing the finger in the wrong direction)

But cellphone boosters are only half of the FCC’s notice of proposed rulemaking. The commission is also reviewing the sale of cellphone jammers, which block signals. Jammers can only be sold to federal authorities under the way the law reads today. Melamed argues that state and local authorities need to be able to use jammers, especially in a society when cellphones are used to remotely detonate bombs and are the No. 1 device illegally snuck into prisons. However, the FCC may not be the final authority on the use of cellphone jammers at the local and state levels. The Senate in October passed the Safe Prison Act, which allows the director of the federal bureau of prisons or the CEO of a state to seek FCC approval to deploy cellphone jammers in their jurisdictions to block wireless coverage in correctional facilities.
By Syndicated Maps at 2/24/2010