AT&T Customers Will Soon Be Happy

Too many customers are competing for data and voice access on the same cell phone towers and this traffic needs to offloaded onto smaller broadband networks.  The success of smart phones have put data usage on a growth path that is unprecedented and. AT&T has reported an increase in network data consumption of 5000% over the last 3 years, driven by a minority of customers who own the Apple iPhone. An iPhone user consumes five times more data in a month, compared to other smartphone users and cell phone tower infrastructure can't handle the demand and data needs to be offloaded onto devices like the AT&T Microcell.


AT&T's Microcell
The media and public have finally put pressure on the big carrier to provide what it claims in its ads.  The AT&T femtocell has been in testing for almost three years and now it appears they finally have reached the tipping point where they have been forced to roll them out into the network.  AT&T is offering them on a limited basis in these locations:  North Carolina, Georgia, North San Diego, CA and Las Vegas, NV. The device promises to serve as a solution for people with poor, indoor cell coverage offloading both data and voice traffic over their network.   AT&T has also announced a LTE (Long Term Evolution) roll out to start  sometime next year and the Microcell (femtocell) will likely offload traffic from the cell towers through broadband as well. 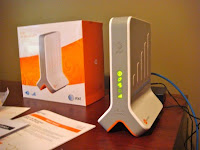 Will Femtocells Payoff?
We think if AT&T focuses on satisfying its customers needs and overcomes the technical barriers rolling out hundreds of thousands of femtocells on their network that it will reclaim a significant advantage over competing carriers like Sprint, Verizon, and T-Mobile.  One think to watch is how aggressive the cable companies like Comcast, Time Warner, Cox and Cablevision get marketing against their customers.  It isn't clear how friendly cable companies will be routing wireless voice traffic over their broadband networks.  I predict that "he who owns the line into the home is the winner of all services".  Voice, Data, TV, Wireless 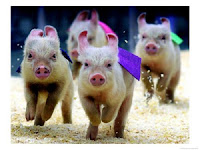 Beyond 2010 and Beyond: Is AT&T the Network to Beat?
From Geekshuilving, March 9, 2010 - Since mid 2007, when Apple launched the iPhone under an exclusive contract with AT&T, complaints have abounded about the inability of the wireless carrier’s network to handle the load. Tech related blogs regularly include complaints from customers, who either have the iPhone on AT&T or would love an iPhone but aren’t willing to switch to them. Complaints regarding lack of service, dropped calls and slow connections are mainstream topics, whose only positive outcome has been in the form of funny sketches on late night comedy shows. Read the full article. Read the full article at Geekshuiliving.com
By Syndicated Maps at 3/10/2010