Femtocells & Wifi - Can't They Just Get Along? 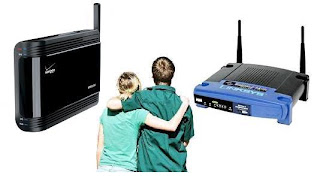 Femtocells and WiFi: Why can't they just get on?

It's probably because the two represent radically different business models - rather than just being different technologies - which gives the rivalry added oomph. In the end, though, femto and Wi-Fi will probably both be options on the same hub. Ian Scales reports

Femtos have really arrived: especially in the US and in Japan. According to its supporters there is now an accelerating commitment path, with the number of operators committing to a femto strategy having risen by a full 50 per cent just since November 2009. Vodafone UK, Optimus in Portugal and SFR in France have all come forward with offerings. And there are over 60 operator trials in progress around the world today.

So femtos, just ever-so-slightly delayed by the recession (thought its boosters dispute even this, saying the last year saw the industry involved in a sort of last-minute sanity check, hence the slight pause) are now ready for prime-time.

Femocells are the small and (relatively) cheap micro mobile base stations users are supposed to attach to the end of their broadband connections to relieve the radio network from the worst of their 3G data traffic, and to provide indoor voice coverage where this is a bit shakey (with 3G, for instance). To rework a well-known beer ad, femtos are supposed to reach the parts (and carry the load) that the public network can't. 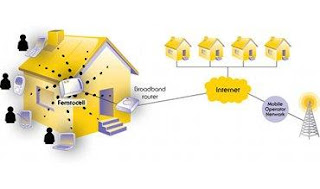 But despite all the cheering, the femto approach has its detractors. These observers usually point out that while femto is a great idea for providing voice coverage where it's weak, it's not a great solution for data offload... at all. They usually think Wi-Fi is the way forward for the following reasons:

Wi-Fi is cheap to deploy in both client and base stations. While femtos look like remaining in the £100 plus camp for the time being at least, Wi-Fi already costs just pennies to deploy in gadgets like smartphones, laptops, games machines and even television sets.

And when it comes to data offload (not voice coverage) Wi-Fi wins because most (like about 99 per cent) of the data it offloads goes straight to the Internet, not into the network provider's core as the femto is engineered to support. Yes femtos can do data 'breakout' to the Internet, but as the whole conception is about supporting the core operator network it's a less than optimum arrangement if it just uses breakout nearly all the time.

We recently ran two panel sessions at Mobile World Congress in Barcelona. One on femtos and one on WiFi and we were left with the abiding regret that it might have been more illuminating to have run a joint panel. That way we could have thrashed out some of the 'pro' and 'con' issues.

However, you can view both of them now and make up your own minds.

Video: Getting it Right for the End-User

Video: Why WiFi? What's in it for Operators?

Video: Femtocells: are they critical for network offload?

In the panel on Wi-Fi it's pointed out that Wi-Fi is for the semi-stable world, when people are not actually on the move. They move and then they stop and do some data downloads from a sedentary postion. I called this nomadic rather than mobile. Our panelists had other definitions

Ubiquity in its Wifi sense is that it's every where you need it to be, rather than simply everywhere. So it is (or soon will be) in all coffee shops, airports, hotels, railway stations, in addition to it being both at home and at work.

We learned that BT has a million hotspots that can be accessed under its BT OpenZone brand and it intends to keep on growing that number towards almost total ubiquity.

In regards to mobile network offload engineered by the network operator in the interests of reducing the strain on the mobile data network, a BT representative said the company was already involved with three operators in the UK to provide a WiFi service for their iPhone customers.

On the femto side, the big conundrum is about how you shape an offer so that people are prepared to buy into the concept - what sort of incentives can be made available? What marketing messages might work?

One approach that appears to be working well, say some of our panelists, is the idea that the addition of a femto marks its user out as a serious mobilist. That way it's not so much a remedy for the inadequacies of the network, it's a personal cell for those who can appreciate it.

That might work. But it seems to me that the job of blending a Femto plus various incentives into a compelling offer needs some work yet.

There are many participants in the value chain, from software providers to the device manufacturers themselves, but what are each of them bringing to the table to enhance the user-experience? As they transform their strategies to accommodate ever-changing user demands, what future challenges are they preparing to face? How is the focus on the end-user changing the industry?
By Syndicated Maps at 3/08/2010