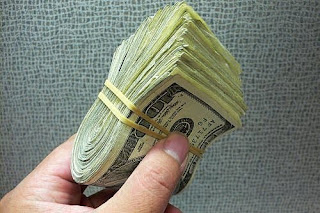 
Are the big carriers "using the FCC as a puppet" to eliminate a problem that doesn't exist?  Why now after more than a decade of growth and when companies like Wilson Electronics and Wi-Ex have built quite small businesses compared to the big carriers.  Do carriers now feel threatened by the "new kid on the block" MagicJack (FemtoJack under development) who has built an incredible franchise in VoIP and not wants to get into the cell phone booster business as well. FCC Could Ban Cell Signal Boosters = Bad Idea.
Reply comments on the Federal Communications Commission’s notice of proposed rulemaking on cellphone signal boosters produced some finger-pointing between carriers and equipment manufacturers as well as renewed calls on both sides for the government agency to take action on the issue. The Federal Communications Commission is considering implementing a law that would make cellphone boosters illegal unless they are deployed by a wireless operator or with the consent of a wireless operator, a move that could impact thousands of end-users already owning such devices. The FCC could care less about consumers based on my recent conversations with them and would rather squash our efforts to provide more transparency to coverage maps.  See our post the FCC Violates our Trademark.

Perhaps one of the angrier responses came from YMax Corp., which is building the magicJack femtocell called the FemtoJack that it says could operate under Part 15 rules of low-power devices. CTIA in its comments before the FCC said devices like the FemtoJack should not be permitted to operate unless they are approved by wireless carriers.
more info at RCR Wireless »

Wilson Electronics of St. George, Utah, contended in a filing that "well-designed and -engineered signal boosters actually benefit not only wireless customers but the carriers as well." To ensure the boosters are well-designed, Wilson asked the FCC to adopt three standards for approving signal boosters during routine certification.  The FCC, Wilson said, should require all signal boosters to feature:
Walt Brooks from Wilson Electronics contends that feedback detection and automatic shutdown would prevent inaudible RF-noise-generating over-modulation that "can knock a tower down." Proximity detection would prevent ambient noise from being amplified when close to a cell site to such an extent that it drowns out other calls being made through the site, he added. Such an overload reduces a cell site's capacity to handle calls.
more info at Wilson Electronics »
By Syndicated Maps at 3/11/2010