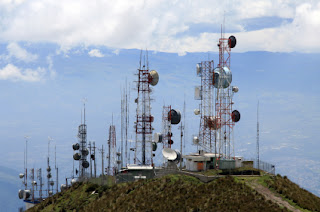 Will Mini Cell Towers Replace Giant Cell Towers Sitting on Rooftops and Hills?
North America, Asia and Europe carriers are still debating and dragging their feet asking whether they should deploy citywide or one consumer at a time, using femtocells.  The industry has been talking about femtocells for many years and I have been reading headlines about the launch since 2007.  Its shocking that AT&T is ONLY rolling out its' 3G fetmocell (Microcell) today and no carrier to my knowledge has a 4G femtocell yet.  Why doesn't Clearwire / Sprint have a 4G femtocell?

There are many headlines dating back to 2008 promoting femtocell launches by Clearwire (Wimax)  GigaOm and Electronita Verizon's 4G femtocell that never happened.  Is it for real this time and should you be concerned if I owned cell phone tower real estate or an investors in American Tower, SBA Communications or Crown Castle.