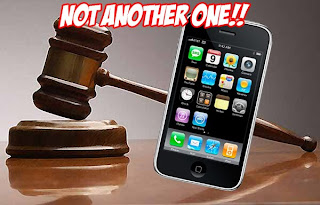 Crowdsourcing a class action lawsuit against Apple and AT&T!
Tech Crunch Disrupt Hack Day produced a new product.  It’s a class action lawsuit generator against AT&T that uses your actual call drop data to tabulate how many times your phone crashed and how many times you’ve been generally screwed by AT&T.   Worstphoneever.com searches for baseband crashes on your desktop, uploads them, and saves them to a database. The results are tabulated and added to the total, eventually leading to a detailed class-action lawsuit.

You can call AT&T and complain to them and they will give you a refund on that month of service. There's no specific number that AT&T will tell you is the breaking point, but let's just say that it's 10 for arguments sake. Let's also pretend that each AT&T customer pays $56 a month (which is the average price of AT&Ts plans). So here's our math: $56 * (number of months for each user where they had more than 10 dropped calls)