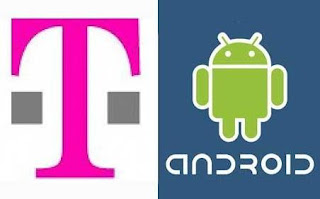 T-Mobile is giving away phones for free for Father’s Day weekend on June 19.  This first-of-its-kind promotion where every phone in every U.S. T-Mobile store will be free on Saturday, June 19. The promotion only lasts for one day but what is the catch? A family plan is required . . .  either sign up for a new one, or add another line to an existing plan. Individual plan subscribers are out of luck. T-Mobile will its retail stores at 8:30am on the 19th.

Rumors have abounded for many years that the search engine giant and the 4th largest US carrier would get together.  T-Mobile has been experiencing some growth and management issues lately and the parent company Deutsche Telekom might be getting impatient and ready to make a big move. T-Mobile operates under the radar in the US and was the first carrier to offer Android handsets which helped it gain some market share.

Google also owns a large stake in femtocell company Ubiquisys which manufactures femtocells (mini cell phone towers for your home). We think public femtocells through Wifi or 3G / 4G are a great location-based advertising opportunity that the advertising giant could give a shot in the arm. See Femtocells + Google Location Based Advertising.  We also think as AT&T and Verizon begin to use data caps that Google must defend its mobile advertising position and one way to do this is just buy a carrier.

This advertising promotion seems to me like a foreshadowing of what could dovetail into other free phone offers as Google gets better at monetizing data on the handset. Instead of thinking of handset comparisons, shouldn't we be thinking about mobile location-based services that are ad-supported wherever we roam?  We think that phone service will eventually be free for limited use and all handsets will be smartphones. As soon as location-based advertising and eCPMs for publishers are high enough I think this will happen. Dumb pipes will no longer be dumb. This could present an interested challenge for the larger carriers AT&T and Verizon who are not very resourceful about mobile advertising. 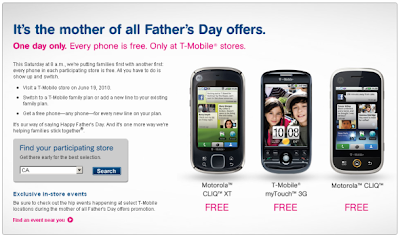