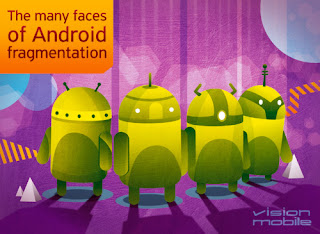 I feel like the only person who is angry by the comments that Steve Jobs made about Android as a fragmented operating system that will only confuse consumers and operators.  The iPhone is a controlled environment and resembles the old "enterprise software" days of the late nineties where big companies were making bundles of money.  Android resembles open-source and new entrepreneurs where everything is public and the best products ultimately win.  If the iPhone continues to control applications and cater to the corporate big media publishers and carriers this will ultimately be their demise.  Yes, the iPhone form factor is beautiful but HTC and other handset makers are making good looking phones as well.   The iPhone has a closed device is going to hurt them in the long run and this will likely come in the form of their lack of scale and advertising infrastructure to sell location-based advertising.

Clearly, Steve Jobs feels threatened by the whole Google Android movement and there is a clash of cultures.  Google is clearly disrupting an industry that is dominated by the carriers who rape consumers and handset makers who want controlled obsolescence.  AT&T and Verizon should feel threatened as well even though they are proliferating the spread of Android and have no idea what is about to hit them.  It's like feeding your enemy who is ultimately going to disrupt and destroy your monopoly business.  Go Google.
By Syndicated Maps at 10/20/2010