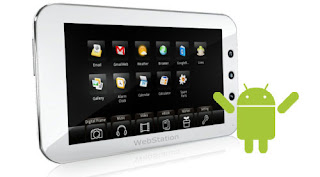 The definition of a tablet computer usually means no physical keyboard and the screen is seven inches or larger. Contrary to public opinion the iPad was no the first tablet on the market and there were many manufacturers like Archos, Nokia, Motorola, Zenithink, Augen, iRobot, Maylong, Plexon who were making them long before. However, Apple has educated the consumer masses that tablet computers are awesome and has provided the fuel for buyers. However, their closed system does not allow you to watch Flash video and thus would prevent you from watching YouTube and many other web sites. We decided to put a list of Android tablets together and surpassingly came up with 9 tablets available at Amazon.com. If you simply want a device to browse the internet and play Android games purchase one of these devices for $100-$400 and save a bunch of money. If you are like many of us and don't use your data plans enough outside the home or office to pay for a 3G or 4G data plan that Wi-Fi only should be sufficient.