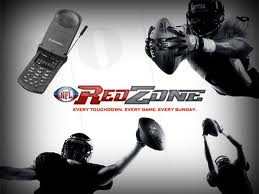 Verizon is spending $180M per year with the NFL over four years totaling $720M for their FiOS RedZone channel. NFL fans will get touchdowns and other important plays from the live games taking place on Sunday. When a team goes inside its opponent’s 20-yard line, fans will see the plays as they happen. The channel will switch from game to game with live look-ins and highlights. NFL RedZone is a subscription channel that costs $49.99 for the season. It will be available on FiOS TV in both HD (channel 835) and SD (channel 335).  Live sports appears to be the remaining last straw helping to retain cable subscribers.

This NFL deal with Verizon is worth about 50% more than the NFL's previous mobile distribution deal with Sprint, which was valued at $120 million. Last year, the NFL signed a new four-year deal with satellite television provider DirecTV worth $1 billion annually, or 40% more than its previous contract. DirecTV has exclusive rights to Sunday Ticket, which allows fans to watch every NFL game on Sundays. Extensions of existing deals with deals with Fox, CBS and General Electric Co.'s NBC Universal unit included increases of less than 5%. Read more in WSJ

You also may have notice these commercials on NBC's Sunday night football (see video below) and for the average person who  knows what it means to be on the "most advance network in the world"?   After all the US is embarrassingly five years behind the rest of the world and I wouldn't promote this fact because TeliaSonera is actually the largest 4G LTE  network in the world.  Verizon has also wasted an entire NFL season promoting a 4G LTE network that is not even available yet and phones are not expected to launch until 2011.  Is January and February a good time to promote the launch of your new phones after the Holiday?  Another Verizon Wireless dirty little secret is that your current 3G Verizon phone will not work on the new network.


Verizon is launching 4G LTE services in 38 markets and 62 Verizon 4G LTE airport locations covering 33% of the population or 100 million potential customers at the end of 2011.  Verizon says they plan to increase their 4G LTE coverage to 200 million people by the end of 2012 and 285 by 2013 which is basically their currently 3G network that has less than 750 kbps speeds. Verizon Wireless has said their 4G network will provide downlink speeds of between 5-12 mbps using the carrier’s 700 MHz spectrum holdings.  The average person doesn't realize yet that at these speeds LTE competes with free broadband WiFi that is typically faster.  Will consumers spend the extra $200 - $400 for year for data services that are most often free over Wifi?  The reality is Wifi hotspots are growing 25X faster than LTE cell phone towers and this is growing at a rate of 40% per year vs 8% for new cell towers.  I think Verizon is starting to look a lot like the Federal Reserve and a bit over optimistic about the amount of customers that will be using their expensive 4G LTE network.  If its free its me and if I have to pay now way!