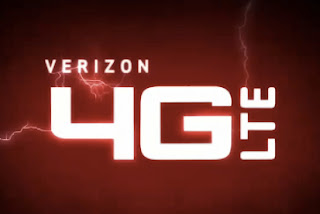 Verizon has admitted problems with customers using LTE data cards and customers trying to use LTE modems on Macs don't have LTE drivers.  There is a lag between the 3G to 4G hand-offs that can take a few minutes and the transition is not smooth. Verizon LTE modem users have discovered that there is serious handoff lag when the modems switch between LTE and the more widespread 3G network, resulting in the modem holding onto its 3G connection for a while after it has entered an LTE area.

Testers have also reported that it was necessary to unplug the modem and plug it back in again in order to connect to the new network while traveling. It has been reported that can take up to two minutes to reconnect to the LTE network once you have dropped off.

This doesn't bode well for Verizon Wireless customers who were hoping for the iPhone. This reconfirms that Verizon is not getting the iPhone anytime soon and it also tells me that Verizon LTE smartphones are going to have some challenges on the network with dropping calls and inconsistent data connections.
By Syndicated Maps at 12/19/2010