AT&T is the Top Donor to Congress 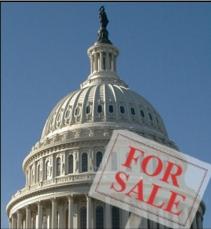 AT&T has been the top corporate donor to members of Congress, donating more than $46 million in campaign contributions to mostly Republicans since 1989.  In 2010, AT&T company spent $15.4 million on lobbying in Washington with 93 lobbyists working on its behalf.  The battle to approve the corrupt deal will be fought city by city, antitrust lawyers say. More than half the markets mapped out by the FCC in 2008 count as "highly concentrated" by regulatory standards which is complete BS.  AT&T claims a handful of providers control most of the customers even though the resources controlled by the 2 giants AT&T and Verizon are 100X greater.  Is this fair?

The Obama Justice Department has not blocked a large, high-profile deal outright but this will be the first one. So far, two controversial deals Ticketmaster's acquisition of Live Nation Inc. and Comcast Corp.'s purchase of NBC-Universal were both allowed to proceed with significant conditions imposed.  However, this deal feels like a highly charged Republican deal and Obama will recognize this immediately.  Read more WSJ 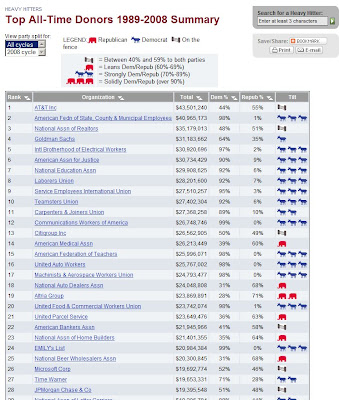 Related Stories:
Jim Cramer: Department of Justice Should Not Approve AT&T T-Mobile Deal
AT&T is the Largest Donor to House Judiciary Chairman Lamar Smith
Why Did AT&T Oppose the Sprint, Clearwire Merger in 2008?
By Syndicated Maps at 3/23/2011