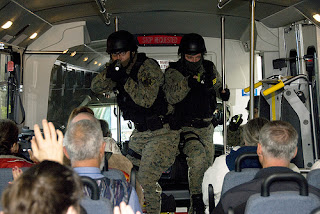 Recently we warned that AT&T & Verizon were about to declare war against the practice of tethering a smartphone to share its data connection with iPads and other devices. It appears that AT&T and Verizon have taken the next steps to curtail tethering by blocking the Wireless Tether app on handsets on those carriers.  Most of us on T-Mobile and Sprint recognizes that being able to tether your smartphones to your iPad and laptop for free is one major reason to use a smaller carrier.  For those not on AT&T & Verizon this is how to use an iPad without a 3G data plan.

The Wireless Tether app allows Android phones that have been rooted to connect devices to the wireless carrier by using the phone’s data connection over WiFi. Google thoughtfully put the ability in Froyo, and Android phone owners were quick to jump on it to avoid the monthly fees (typically $20-$30) that carriers charge for the service. Droid Life reported today that the app is no longer available on Android phones on the AT&T and Verizon networks. It no longer shows up on those phones when accessing the Android Market due to a block by the carriers.  Read more about the tethering police are indeed here as predicted.
By Syndicated Maps at 4/30/2011