Phil Falcone of LightSquared is my Hero 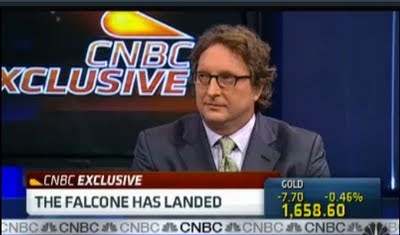 Phil Falcone of Harbinger Capital Partners has invested billions of dollars into building a satellite wireless 4G network that will disrupt the the large and corrupt incumbents AT&T and Verizon who want to crush him. These incumbents are making false claims and a gross misrepresentation of facts in the marketplace. Verizon and AT&T are not competing fairly once again by using their unfair lobbying strength in Washington to create obstacles for innovation. The incumbents are using their power to stamp out a new entrant into the marketplace. Is it ironic that the chief lobbyist for AT&T and Verizon in Washington is also the head of the GPS Council? Smells like corruption and a PR spin to me.

The ridiculous drama surrounding LightSquared's attempts to launch its terrestrial/satellite network continues to unfold in the court of public opinion, and more importantly in the halls of the FCC. The corrupt FCC is in the midst of trying to decide if LightSquared should be allowed to commercially launch its satellite cell phone service. There is some minor evidence that the spectrum to be used will cause interference with commercial GPS systems that do not have proper filters. LightSquared has said that the interference issue is being caused by GPS devices not equipped with the proper filters, and in addition has filed a new spectrum plan that would see the company initially use a different chunk of its spectrum in order to reduce interference issues in the near term.

See this video on Light Squared from RCR Wireless