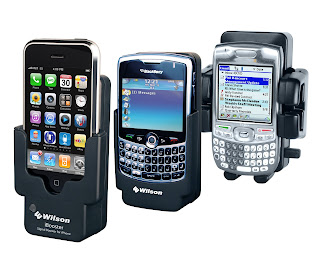 iPhone & smartphone users can get very frustrated with the fact that their phones must constantly be hooked up to a charger. Unfortunately, while computer and phone processing power have advanced lightyears ahead in the past fifty years, battery design has only improved slightly. So that's why after one decade into the twenty-first century, we still tether our devices to walls or dashboards, still grounded in an atmosphere filled with wireless gadgets. While we can try to picket R&D departments or protest at engineering labs, the best option, for now, is to try to preserve a smartphone battery power as much as we can.

Most people are well-versed in the basic methods of battery preservation and know which smartphones have the longest battery life. Just like any valuable commodity, rationing power on a need basis is always effective. Lowering screen brightness, shortening backlight operation, and keep your calls short. Keeping WiFi, Bluetooth, and GPS capabilities switched on puts a greater drain on batteries even when they're not in use. There're some other useful tips out there that might be more novel - switching a phone from vibrate to a ringtone preserves the greater battery power, as well as displaying a black background whenever possible.

But in the age of smartphones, we don't want to curtail the use of our special apps and programs. We want to use WiFi, 4G, and Bluetooth, want to download movies and songs at top speeds and rely on fast connections indiscriminately. There are other ways to boost power without compromising phone operations. A phone uses up a significant amount of power when it's searching for a signal or operates on only a couple of bars. The stronger a signal is, the less power a phone must put into communicating through it. Boosting your signal strength, rather than limiting your phone usage, is a great way to save power. Signal boosters amplify weak signals from the tower and rebroadcast it within a narrow range, kind of like having your own cell tower in your home, office, car, or boat. Not only do boosters improve battery life, but they also enhance call quality, eliminating dropped calls and fuzzy connections. Use your phone to the max, the way it was meant to be, and never accept batteries as forever frail and shivery.
By Syndicated Maps at 10/07/2011