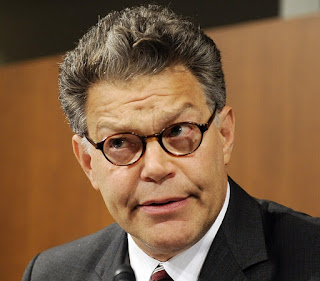 It appears the Carrier IQ software captures a broad swath of extremely sensitive information from users that would appear to have nothing to do with diagnostics—including who they are calling, the contents of the texts they are receiving, the contents of their searches and the websites they visit. These actions may violate federal privacy laws, including the Electronic Communications Privacy Act and the Computer Fraud and Abuse Act. This is potentially a very serious matter.  Read the letter below.  Click to enlarge. 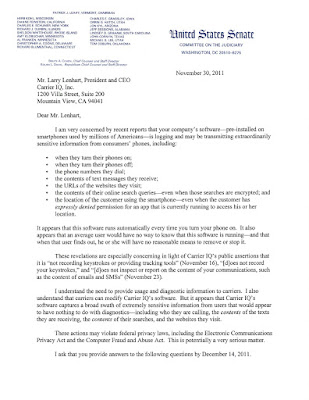