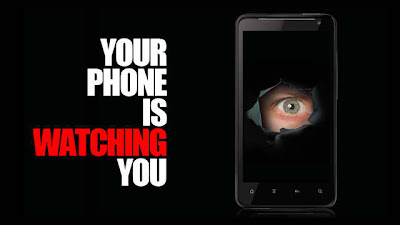 If you have a newer Android phone, everything you do is being recorded by hidden software lurking inside. It even circumvents web encryption and grabs everything—including your passwords and Google queries. Worse: it's the handset manufacturers and the carriers who—in the name of "making your user experience better"—install this software without any way for you to opt-out. This YouTube video, recorded by 25-year-old Android developer Trevor Eckhart, shows how it works. This is bad. Really bad.  See details of this article first posted by Gizmodo.

The spying software is developed by a company called Carrier IQ. On their site, the company says they are "the only embedded analytics company to support millions of devices simultaneously, we give Wireless Carriers and Handset Manufacturer's unprecedented insight into their customers' mobile experience."

Is this the best way to track user experience, dropped calls, and coverage problems?  I think there is a better way and Deadcellzones.com has demonstrated that consumers are capable of reporting problems directly to a web site if given the resources to do it.  Carrier IQ is a well funded VC backed company that tracks billions of anonymously reported coverage problems and dropped calls by passing along this data directly to the carrier.  They receive millions of dollars per year from carriers to track this.  However, does the carrier even do anything with the data despite the reported issues?  Is this the classic "deer in headlights" problems with billions of reception problems reported?  Isn't there a better way to prioritize the problems people are experiencing? How about trying crowdsourcing coverage problems from actual customers.  Deadcellzones.com is certainly a model to start thinking about.