T-Mobile + MetroPCS Is Good For Consumers 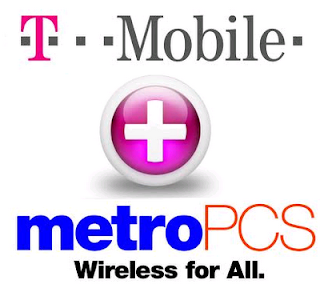 A MetroPCS (NYSE: PCS) and T-Mobile USA owned by Deutsche Telekom (NYSE: DTEGY) merger makes a lot of sense for the following reasons.  Here are 10 reasons this would be good for consumers.
Deutsche Telekom is considering a stock swap transaction. However, I would support raising more capital in a T-Mobile USA IPO after the acquisition. MetroPCS shares jumped almost 30% instantly on the deal and currently has a market capitalization of around $3 billion.  MetroPCS seems to have plenty of cash in the bank of $2B and has annual revenue of approximately $5B.  So the combination would appear to be a strategy combining entities to have more scale for handset purchasing and spectrum allocation.  Considering the closest competitor is AT&T and Verizon who each have 90 to 100M+ subscribers.

MetroPCS has began deploying their LTE network before Verizon. MetroPCS is currently built around a CDMA 3G voice network and would be incompatible with T-Mobile’s GSM/HSPA network. However, in the future T-Mobile could use MetroPCS's LTE channels.  Reuters reported in an article "MetroPCS and T-Mobile are not a good technological or customer fit, one analyst said".   MetroPCS is a CDMA carrier in 3G and T-Mobile is a GSM carrier.  However, LTE is LTE and new handsets should be cross carrier compatible if the industry does the consumers right.

A combination of Leap Wireless 7M subscribers also makes sense in the future but right now LTE spectrum is more important to T-Mobile I would bet.

Related Articles:
Where is MetroPCS Expanding Coverage?
By Syndicated Maps at 5/09/2012